The Future of Infrastructure

Following the release of our 2019 Future of Infrastructure report, we held a series of conversations in Jakarta, Kuala Lumpur and Singapore with clients, planners and stakeholders to better understand what people really want and expect from the infrastructure in their cities.

During each forum a survey was conducted and while the findings represent a small sample, the primary grievance among them was unanimous: congestion and traffic are putting a major strain on their cities. And if we don’t act now, that strain is only going to get worse in the face of continuing rapid urbanisation.

So, what role can infrastructure play in helping to make cities in Southeast Asia more liveable before it’s too late?

The cost of congestion

Most major cities in the region ― with the exception of Singapore ― have not prioritised the development of a well-connected public transportation network. As a result, heavy traffic leaves citizens facing extremely long commutes leading to a massive amount of economic productivity loss and some of the worst air pollution levels in the world.

Air pollution was greatly reduced as stay at home measures were implemented across the region due to the coronavirus pandemic. However, only a major shift towards remote working would help ease congestion given that the major regional cities are densely populated, have limited road right of way and are underserved by public transport systems. As workers return, roadway traffic volumes have started to return to pre-pandemic levels and in some cases use of low occupancy private vehicles may even increase due to the demands of social distancing.

The economic cost of congestion is significant. Studies estimate that the region loses approximately two to five percent of gross domestic product (GDP) due to heavy traffic. Metro Manila is considered to have the worst traffic, which is equivalent to an estimated daily economic loss of ₱3.5 billion (US$67 million).  With the rising number of vehicles in the region, the situation could worsen to ₱5.4 billion a day by 2035 if no intervening steps are taken.

Meanwhile, it is estimated that congestion in Greater Jakarta is costing the country 65 trillion rupiah (US$4.6 billion) annually'How Congested Jakarta is? Perception of Jakarta’s Citizen on Traffic Congestion. Economics and Finance in Indonesia.   – but the true impact could be higher. The costs of environmental deterioration, cancelled transactions, lower productivity and competitive advantage relative to other major big cities are not accounted for in that figure.

Beyond the economic cost is the toll that being stuck in traffic takes on the average commuter. In Manila, it’s not uncommon for a 30-kilometre commute to take two hours on a good day and three hours on a particularly bad day, taking away time – one of our most precious resources – from a host of other activities.

The journey from metro station to final destination – the so-called ‘last kilometre’ – is one of the key reasons commuters are not satisfied with their public transportation, according to our survey results. Respondents said that essential integration between rail systems and other modes of transport was underdeveloped.

Public rail systems have historically developed from inter-urban networks. While Tokyo and Shanghai have highly interconnected networks (700 km and 590 km respectively),  Jakarta and Manila’s combined urban rail network amounts to just 100 kilometres. Recent moves to close this gap are starting to provide options for daily commuters – KVMRT Line 1 in Malaysia and PT Phase 1 in Jakarta are good examples of Mass Rapid Transport networks – but the region is undersupplied.

Figure 1: Diagram showing transit infrastructure disparity between major cities in the Asia Pacific region. The red lines show the transit networks in each city. Maps are not to scale.

Across tropical Southeast Asia, long distances between transport hubs can be a challenge as commuters are exposed to heat, humidity, rain, flooding and other elements. One respondent shared how her father often has to walk through serious rain and flooding along an unpaved road to get from the train station to his home.

In Indonesia, an overwhelming 90 per cent of survey respondents showed dissatisfaction with their current transit system. They noted that while the capital’s new MRT has encouraged more people to take mass transportation, commuters still find it difficult to bridge the MRT with their ‘last kilometre’ destinations. Respondents also felt there was a lack of other transit-oriented facilities, such as parking spaces near stations, which could help further reduce the number of vehicles on the road.

In Kuala Lumpur, many residents still prefer to use cars out of habit and for efficiency’s sake. 60 per cent of respondents said they use public transportation, but maintain concerns about safety, especially for women, along walking routes to the stations that can be difficult to navigate.

Today, the island nation has more than 130 stations'Singapore urban systems studies booklet series. Transport, overcoming constraints, sustaining mobility.' across five MRT lines that span the city-state, serving over three million passengers daily across 200 kilometres of track. In addition, there are light rail lines that connect commuters to their homes and workplaces and more networks are being built to further expand rail coverage. For example, we are working with the Singaporean government to provide detailed design and engineering consultancy services for several MRT lines, including the Thomson-East Coast Line (TEL)'First three stations on Thmpson-East Line to open January 2020.'. Once completed, the TEL will shorten the journey from Woodlands South to Orchard/city from 50 minutes to 35 minutes. It will also relieve crowding on the East-West and North-South Lines and is expected to benefit one million commuters daily.

To date, Singapore’s policy has resulted in a 40 per cent decrease in traffic, a 20 percent increase in public transport usage, an average 16 km per hour traffic speed improvement, and a significant reduction in CO2 emissions'Sustainable Transport Polices: Successful Stories of Modal Shift.'.

In addition to such large-scale investment in network expansion, Singapore continues to focus on improving ‘last kilometre’ connectivity. Its goal is to ensure that the rush-hour commute shouldn’t take more than 20 minutes for any citizen, and for roughly 80 per cent of all households to live within a 10-minute walk of an MRT station.  To make ‘last kilometre’ connections safer, more inclusive and easier to use, measures such as barrier-free access to stations and interchanges, more pedestrian and cycle-friendly sidewalks and well-lit covered walkways are planned.  In addition, the city intends to harness technology, ride-sharing and multi-modal transportation services to realise this ambitious goal, as well as improvements to the physical connection to rail stations.

Investing in an efficient transportation system is proven to lift the economic potential of cities and regions. By connecting people with more job opportunities, a reliable, comprehensive public transport system promotes greater productivity. It can also serve as a draw for talent, private investment and businesses, as well as providing employment opportunities in building and maintaining the network.

Kuala Lumpur’s Sungai Buloh-Kajang Mass Rapid Transit (SBK MRT) line, which was completed in 2017, is estimated to have contributed to the rise in gross national income of between RM3 billion and RM4 billion per annum. The new line has spurred growth in new areas such as the Forest Research Institute Malaysia (FRIM) in Sungai Buloh and the Tun Razak Exchange, as well as generating around 130,000 new jobs'Sungai Buloh-Kajang MRT line generates 130,000 jobs'.

The value of good connectivity

Of course, good connectivity is not just about economics or having a faster commute: it’s also about having more time to do the things we love with those we value most – something most people would sign up for. Given the varying levels of maturity in public transportation infrastructure across Southeast Asia, there isn’t a one-size-fits-all solution.  But as more people go to live and work in cities, the already chronic congestion is only likely to worsen unless action is taken. 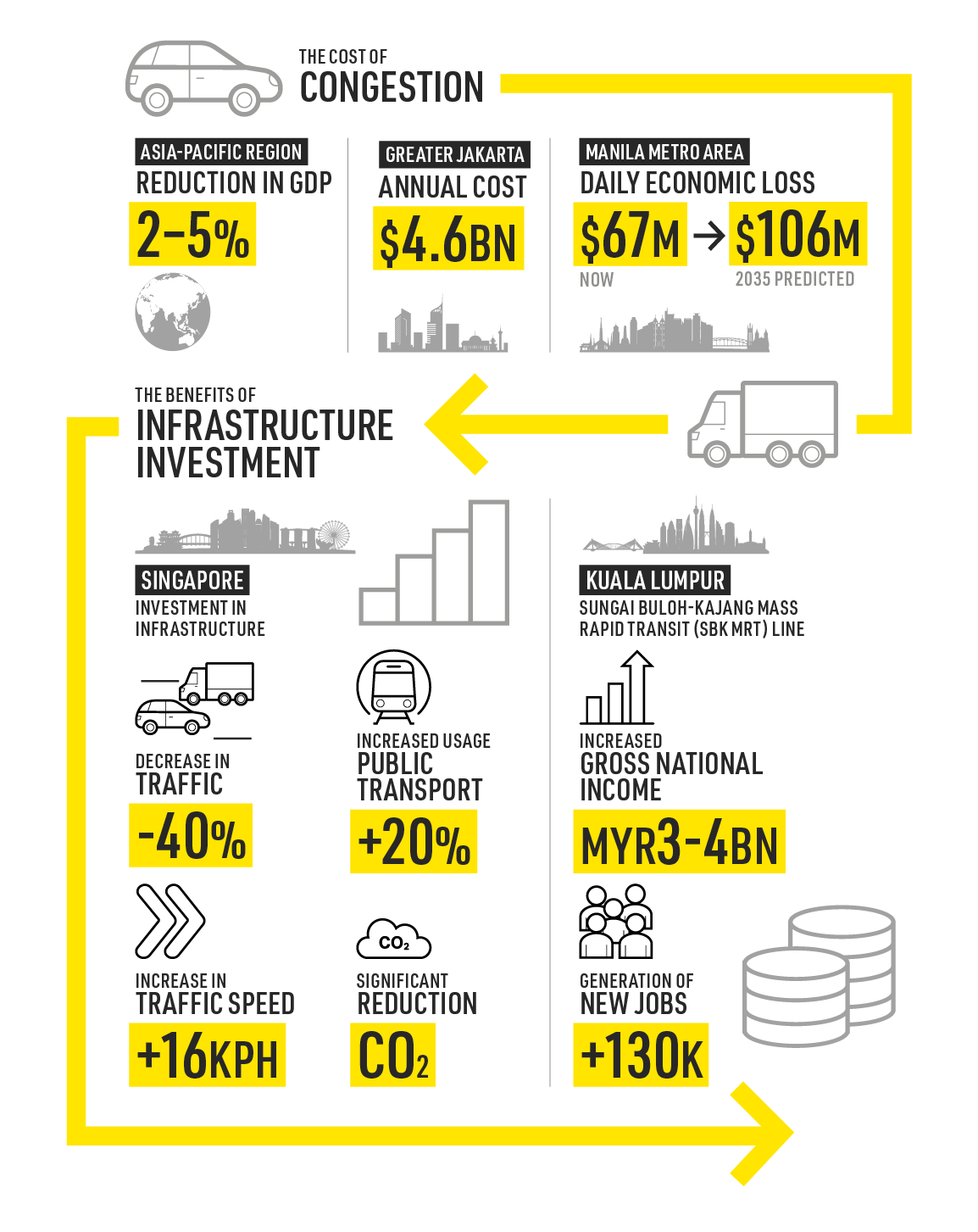 Figure 2: Costs of congestion versus benefits of infrastructure investment

Email me a copy of the article.

Send us a message or contact us using the details below.

Send us a message or contact us using the details below.